Our raingardens and tank have been operating for over three years now.   I have been too busy to do the stocktake on performance that I have been intending to do for the last 6 months, but even without doing so, it is clear that the impressive growth of the grapevine this summer has substantially increased evapotranspiration losses from the back raingarden, contributing to improved performance of the system.  But that story is for another day.

Today, I’m writing about another job I had been intending to do for a couple of summers now: flushing out the charged downpipes.  I tried to do it last summer, but was unprepared for the difficulty of removing the cap at the downslope point of the charged system.  This summer, having secured the right tool, I have succeeded.  Given the difficulties I struck, I thought it would be worth documenting how I’ve done it.

Advice that I have heard is that charged systems should be flushed every year, so I was getting increasingly concerned that 3 years was too long.  But, it seems, in our inner-city environment without a lot of overhanging vegetation (other than an annoying ornamental grapevine that grows up into our gutters at the back from next door), the build-up of sediment has only been moderate over 3 years, so I’m thinking that I’ve lucked on about the right frequency of flushing for our system.  Here’s what I did.

[Before I start, I should emphasise that a major motivation behind all of the following is to make sure that all of the water from the downpipes and the flushed water stays on the property rather than being allowed to drain to the street drainage, which would, of course, negate the primary purpose of our system.] 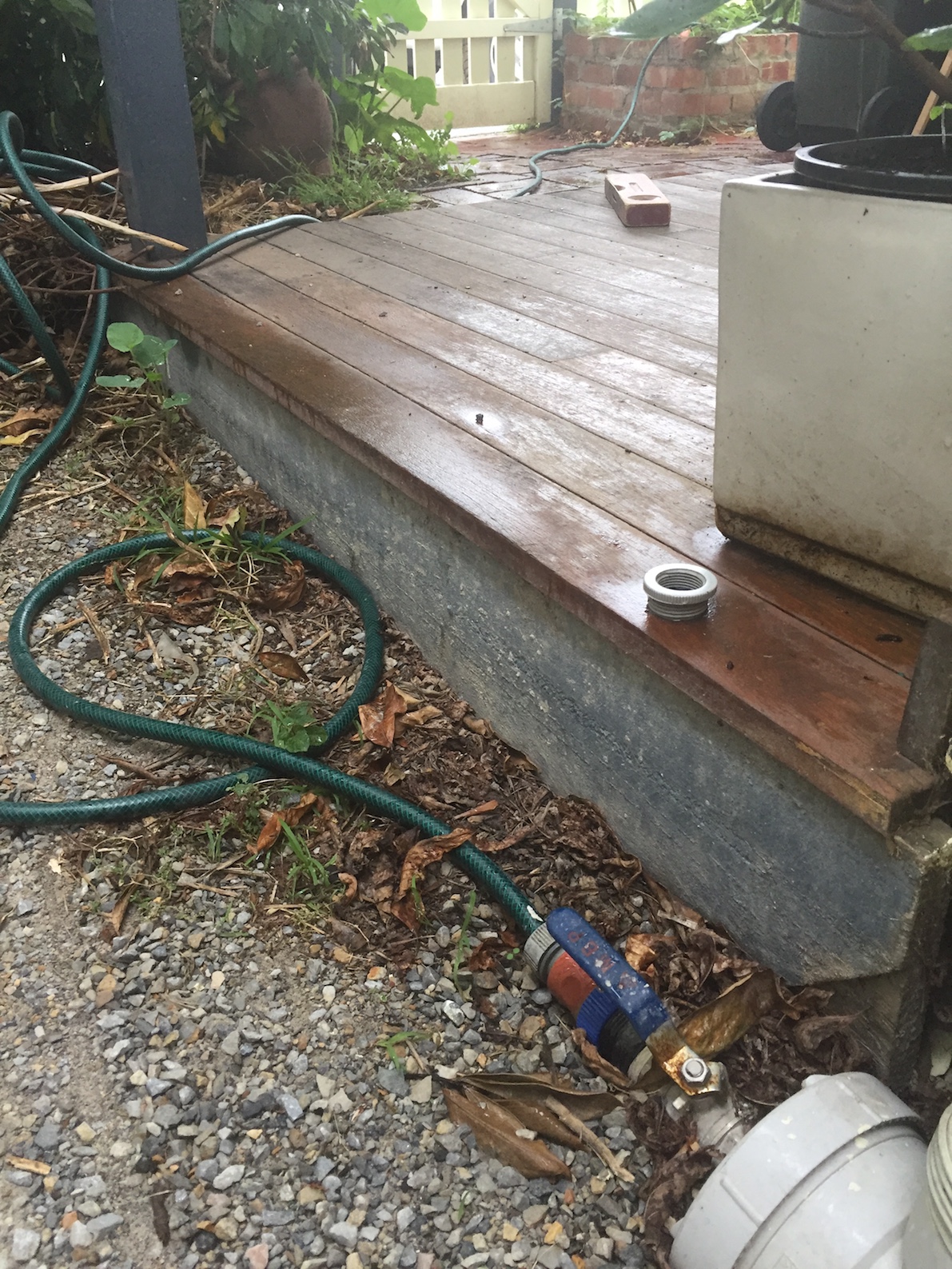 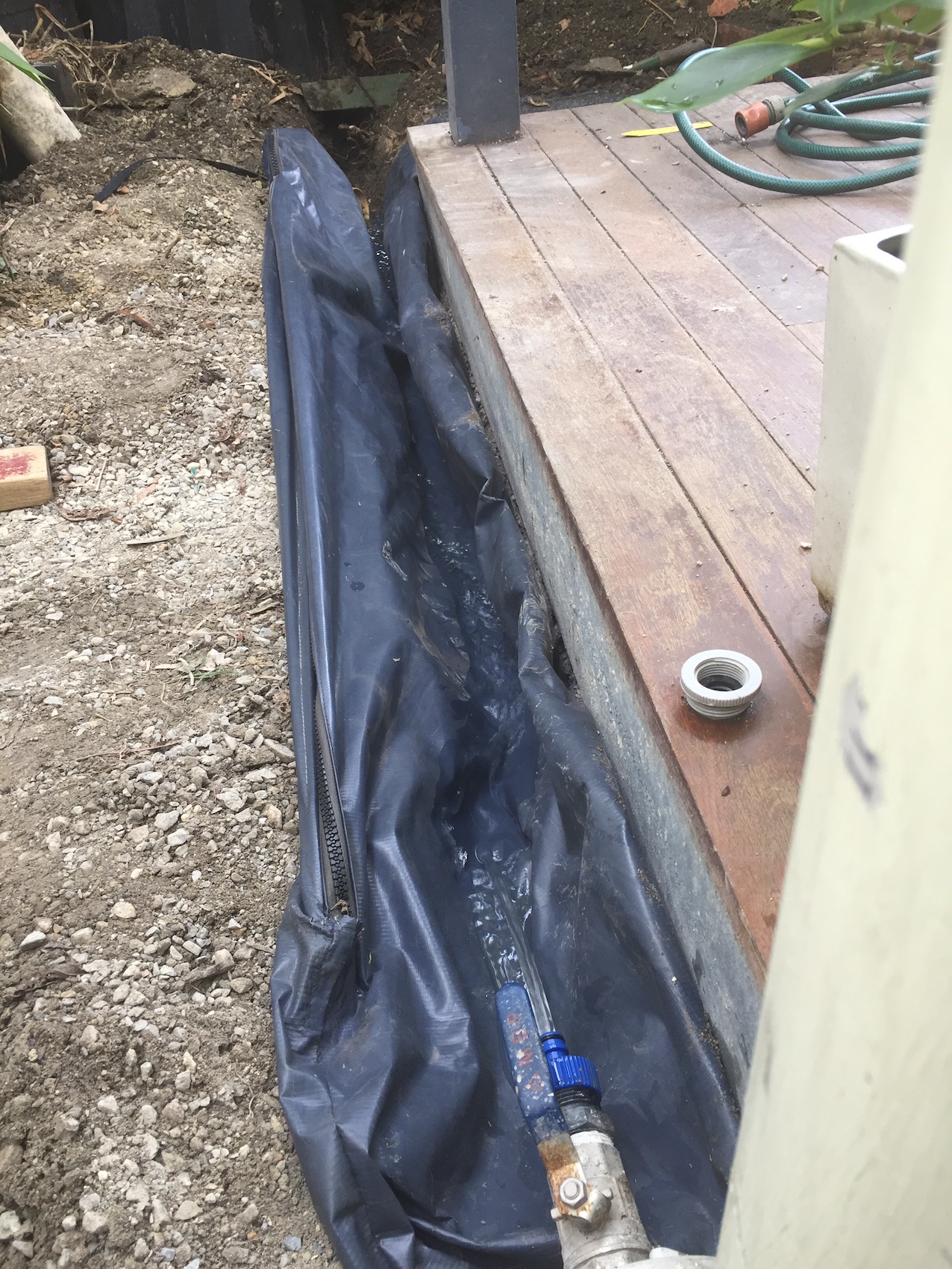 2. Preparing a trench to receive the flushing water 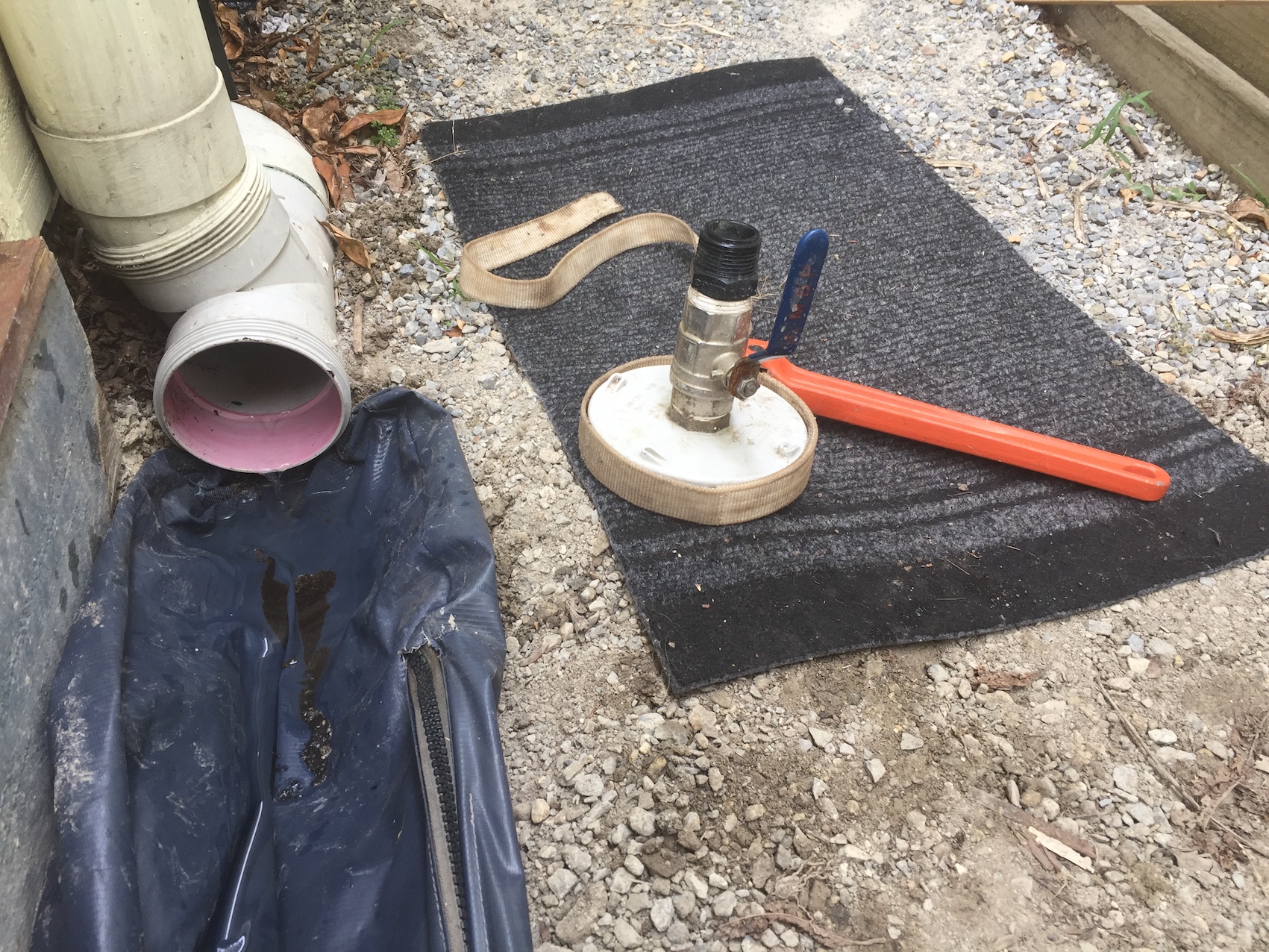 3. Removing the cap from the outlet 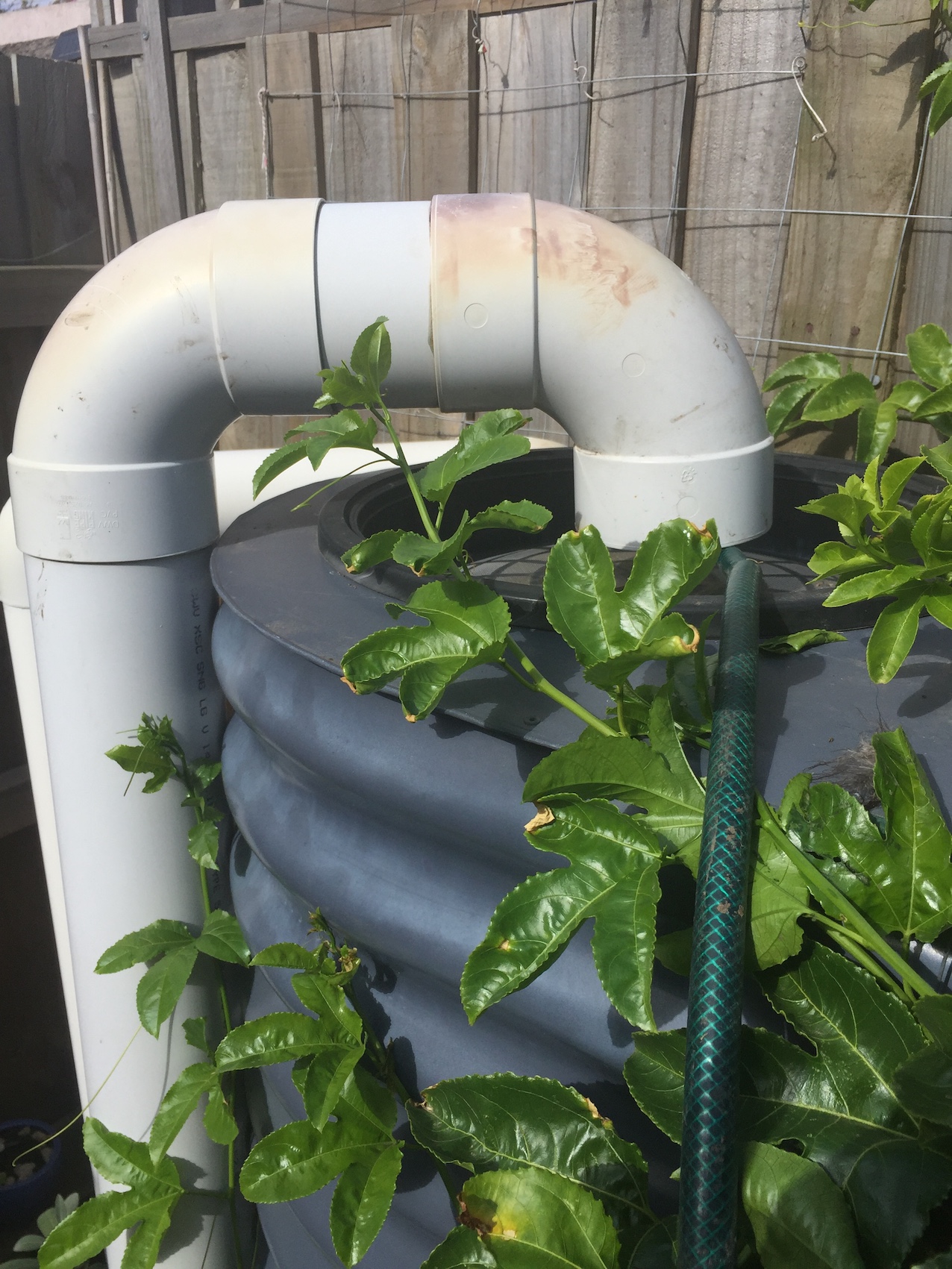 Placing the hose down the pipe that empties into the tank